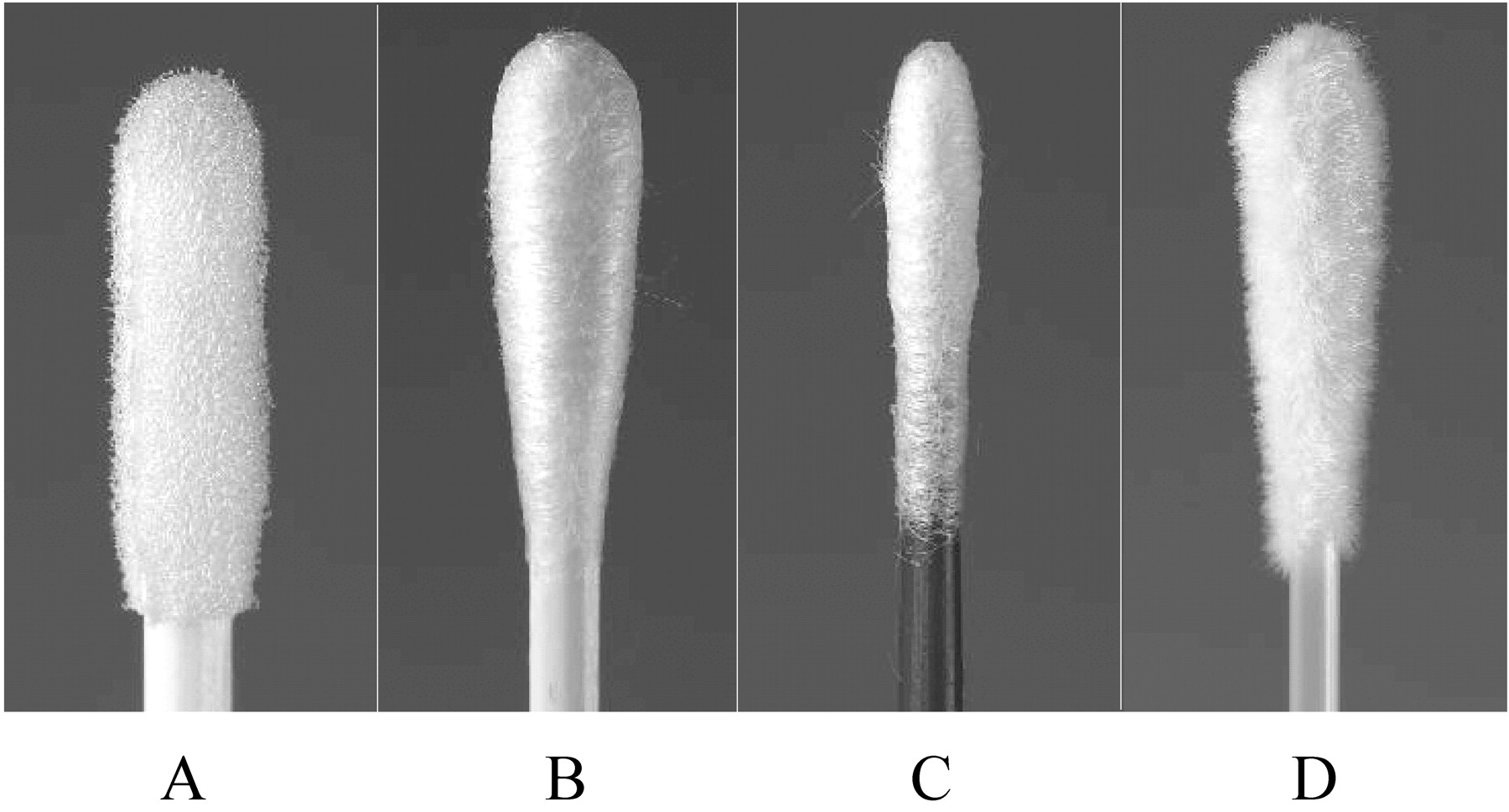 The use of new flocked swabs, compared to kit swabs, enhanced the ability of three commercial nucleic acid amplification tests to detect low levels of Chlamydia trachomatis and Neisseria gonorrhoeae nucleic acids when the organisms were diluted in a universal transport medium as mocked specimens.

Chlamydia trachomatis and Neisseria gonorrhoeae infections are prevalent in sexually active men and women (10). Upper-genital-tract morbidity can be reduced by screening programs and treatment of lower tract infections (14). Nucleic acid amplification tests (NAAT) are available commercially and are used extensively (2). Most of these tests can be used on cervical, urethral, and vaginal swabs and on urine samples (2, 5, 11, 13, 16, 17). There is a debate on the practicality of confirming NAAT-positive specimens by retesting the specimen with an alternate NAAT (12). The analytical sensitivity of each test and susceptibility to amplification inhibitors may contribute to clinical sensitivity (2). The amount of target nucleic acid collected from infected cells or fluids, the ability of the specimen transport system to stabilize or preserve the target for amplification, and the efficiency of target extraction may also determine clinical sensitivity. We compared here a new flocked swab (FS) and room temperature universal transport medium (UTM-RT) from Copan Diagnostics, Inc., to the swabs and transport tubes from three diagnostic kits for C. trachomatis and N. gonorrhoeae: APTIMA Combo 2 (AC2) from Gen-Probe, Inc., San Diego, CA; Amplicor (AMP) from Roche Molecular Systems, Montreal, Quebec, Canada; and ProbeTec ET (PT) from Becton Dickinson Biosciences, Sparks, MD (Fig. 1). Laboratory strains of C. trachomatis (L2 434) and N. gonorrhoeae (ATCC 43069) were serially diluted in UTM-RT from 10−1 to 10−10, and 0.3 ml of each dilution for each organism was divided into aliquots into 30 tubes with FS and 10 for each kit swab (KS). The swabs were processed into kit dilution buffers as mocked swab samples (3). The instructions in the package inserts for cervical swabs for each kit were followed. No internal (amplification) controls were used. Dilutions of each organism with FS were also cultured by using McCoy cells and scored after 48 h by determining fluorescent inclusions forC.trachomatis and colony counts on chocolate agar for N. gonorrhoeae.

The PT assay detected a few positives just beyond the culture positivity threshold, whereas the AC2 test combined with the FS detected 1,000-fold more positives. These observations may be attributed to the intrinsic differences in the amount of target available for each assay. The AC2 amplifies rRNA target which would be at an increased level compared to the DNA target amplified by AMP and PT (1).

The presence of an adequate number of cells has been shown to affect the sensitivity of cultures (7), antigen detection (6), and PCR (4, 8, 9, 18). The presence of cellular DNA reflected by β-globin gene amplification can be a measure of specimen adequacy for C. trachomatis detection by PCR (4). Several studies support our findings that samples can test positive in the absence of cells or cellular DNA due to extracellular bacteria (4, 8, 18). Our data show that there are significant differences in analytical sensitivity among NAAT; this is probably influenced by the arbitrary setting of the positivity level of each test and the amount of assay target in the specimens.

Compared to the traditional method of winding long strands of material on the end of an applicator, the flocking process, inside a flocking chamber, attaches short nylon fiber strands to the glued end of molded plastic applicators of a desired shape. The strands are electrostatically charged and are propelled at high velocity, so that their polar ends strike the adhesive to bond them at right angles to the surface, resulting in a hydrophilic layer of nylon pile with efficient collection and release of particulate matter. The FS enhanced the analytical sensitivity of each of the assays for both C. trachomatis and N. gonorrhoeae, presumably by trapping, stabilizing, and releasing more target for assay extraction and amplification.

UTM-RT, like M4 medium, was designed to enable the transportation of specimens for laboratory diagnosis in multiple methods such as culture, antigen detection, or nucleic acid testing. UTM-RT is a defined media of modified Hanks balanced salt solution supplemented with buffers, bovine serum albumin, gelatin, antibiotics, and other ingredients (the exact formulation is published on the Copan website). The product can be stored at room temperature for l year and has a claim for specimen transit to the laboratory at room temperature for up to 48 h. The UTM-RT and FS could allow confirmatory testing from one NAAT to another near the dilution of 100% positivity, but assays such as PT, with lower analytical sensitivity, would not be expected to confirm the extra positives detected by a more sensitive AC2 assay. This finding confirms similar observations seen with clinical specimens for C. trachomatis (12). In conclusion, the universality of the system tested and apparent enhancement for detection of dilute positives in mocked specimens may translate to better clinical sensitivity for NAAT performed on patient specimens.

Detection of C. trachomatis diluted in UTM from FS and KS processed in AC2, AMP, and PT assaysa

Detection of N. gonorrhoeae diluted in UTM from FS and KS processed in AC2, AMP, and PT assaysa